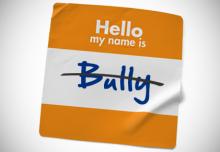 Everyone jokes around and teases their family and friends. It’s the same in a relationship. However, there’s a line between being playful and rude. What happens when it goes from innocent teasing to insulting?

One of the biggest red flags of an unhealthy or abusive relationship is name calling. It’s considered abusive behavior because it labels one partner as something negative -- you’re dumb, ugly, stupid, fat, unlovable-- without acknowledging or considering their feelings. By verbally stating “you’re bad” in some form, a partner can exert their control and hold power over the other person’s sense of self-worth.

Verbal abusers will often act as though nothing has happened because they feel in control after insulting their partner. Maybe their words got their partner to back down from a fight, or they said something that now makes the victim question their own behavior. This systematic criticism and self-doubt are what takes it from name calling to verbal abuse -- it’s a repeated pattern that, over time, can make the victim believe the insults, making it harder for them to leave (“no one will love me because they said so”).

Beyond name calling, abusers may belittle their partner, either privately publicly, or disguise disparaging comments in jokes. This can be followed up by more judgment and criticism (“You're too sensitive”) or acting as those what they’ve said is trivial (“I was only joking”). Other examples of name calling include putting someone down, making them feel guilty, or embarrassing and humiliating them.

Healthy relationships don’t use name calling to resolve conflict or express love. Both partners make the other one feel good about themselves. It’s relaxing and fun, and neither tries to “prove” they are the only ones that will ever love them. Instead, each partner sets boundaries on what’s acceptable behavior, including what nicknames or jokes are okay.

Recognizing these early warning signs can make the difference between staying in an unhealthy relationship that worsens over time, or ending it and being in one that’s healthy. Hurtful words are designed to do exactly that -- hurt. Remember, it’s never the victim’s fault. Have questions about verbal abuse? Ask Let's Be Real at bit.ly/askLBRbtc. You can also talk to a peer advocate by texting "loveis" to 22522 if you think that you or someone you know could be in a verbally abusive relationship.