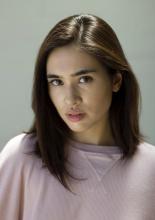 Written by: Tatsumi Romano Advocate/Survivor
*this article was originally posted on Medium on April 14, 2020

My friend rolled her eyes and answered her phone as we packed onto the late afternoon bus. I listened with a pang of jealousy as her mom checked in and asked when she would be home from school. Though I attempted to convince myself that the phone call was unimportant, my lack of a mother figure left me feeling inadequate, confused, and envious of my closest friends. There are countless types of love; there's the love you have for your friends, your partner, and your work. However, when faced with the question of unconditional love, I always resorted back to the idea of a mother—someone who will love you regardless of your flaws and listen without judgment. Throughout many of my formative years, I searched for a substitute mother figure. I erroneously believed that having one was the only way I could fulfill my search for love. I will feel whole and complete once I experience that, right?

It's not like my mom just never existed. As a child, I lived with her, and we would make frequent trips to McDonald's and our local frozen yogurt place. I was happy, curious, and cried for days in kindergarten when the class hermit crab died. I loved princesses, was scared of The Wizard of Oz, and became super upset whenever I lost a game of Apples to Apples - or worse, Monopoly. I knew that my mom drank, but as a young girl, I didn't think much of it and lived in my playful world most of the time.

Things started to change in fifth grade when she became increasingly angry, depressed, and physically violent. Her nighttime fits of anger unfolded after a few too many drinks and pills, resulting in hours of screaming, hitting, and smashing whatever she could find. It eventually ended with her falling into a deep sleep. Her increased feelings of rage and hopelessness soon led to drunken acts of self-harming. Her self-destructive behavior began a chain of future suicide attempts and psychiatric hospital stays. Instead of thinking about friends or birthday parties, my only concern became what number drink would set her spiraling into calling me the devil, evil, and disgusting. Despite her patterns of behavior, my mother insisted that nobody would ever love me the way she did. I feared the evening "punishments" but also felt like I needed them to be loved.

I was diagnosed with post-traumatic stress disorder, but as a child, it was difficult to process what everything meant and the emotions I was feeling. By 13, Child Protective Services intervened, which led to all contact ceasing with my mother and no longer living in the same household. I moved at least once a year until I turned 18, spending one year living at a facility for girls in similar circumstances, and other points living with extended family members. Throughout this, I still craved a stable source of love and connection but feared to forge relationships because of feelings of inadequacy. I knew I was supposed to feel okay at that point but wondered why the thing I still wanted the most was a mother.

After sitting with quite a few social workers and enjoying the silent game I played with myself way too much, I grudgingly walked into another cramped office on a Monday at 3:45 pm. A stranger came up to me and smiled while introducing herself, wearing a grey dress and ballet flats. Her name was Sasha, and she was my new social worker. Great, this woman thinks she can make a difference or something. Idiot. We walked down a hallway where cheap artwork that was clearly from Ikea hung on the walls as we made our way into her office. Our communication began slowly with games of hangman and getting to know one another. Although I dismissed her at first, I began to warm up to Sasha's corny jokes, and time spent with her started feeling like a pleasant escape. Even though my PTSD symptoms were still present, knowing I had someone that could talk about something besides my mother was relieving.

Following a few meetings, I guess she was feeling adventurous one day and decided to pry a little too hard. I left feeling irked and upset; it felt as though she was only trying to connect with me to fulfill her job requirements and move on. Hopping on the crosstown bus, I climbed into bed after getting home. I turned on a medical show that had unquestionably run out of story ideas, pretty much killing off every single character. As I laid in bed for a few hours, I thought back to the phone call that my friend unenthusiastically took on our bus ride home. Sasha's only talking to me because it's her job. She's not my mom; she doesn't care about me.

It was dark out by this point, but I sat up and decided to make a deal with my teenage self that I would call her. If she answers, which she won't, she cares about me. If she doesn't answer, it's whatever. I scrolled through my contacts list and pressed her number. It rang once.

Sasha’s voice at the other end of the line caught me off guard. It was past 6 pm at this point and long after she was supposed to leave the office.

"I wasn't expecting you to answer," I replied.

Knowing it would give away the fact that I was testing her, I was too embarrassed to say the call was to see if she would answer. I made an excuse for why I called, and we talked for almost an hour. When the conversation ended, I hung up and turned my lights off. Burying myself under the comforter in my twin bed, I wondered if she did care.

The next time I walked into Sasha's office, I decided to be more cooperative and began to open up about my mother. Feeling ashamed of my behavior as a child, I believed that my mother knew something defective about me that I was just good at hiding from others. I shared the things I'd regretted doing, like making a fuss about doing my homework or not finishing my dinner plate. Looking up at Sasha now and then, I checked to see if her expression shifted, and she'd finally realized that I was as bad as my mother believed. However, her eyes never changed, and she continued to listen.

Nevertheless, the days began to grow warmer, and spring was on its way. The monotonous routine of my uncle driving me to the train station for school began to feel old. As usual, I headed into Sasha's office after school and took a seat on the worn-out red fabric chair. Though I felt closer to her at that point, there was still a sense of inadequacy I felt, stemming from my craving for a mother's unconditional love. I talked about my fear of not belonging and of what the future held. Close to the end of our meeting, she turned around in her swivel chair and began opening one of her desk drawers.

"Close your eyes," she said.

Is this a surprise or something? Closing my eyes, I wiped my palms on my jeans so she couldn't tell that my hands were sweaty. I wondered what she could be doing, as her cramped office full of mostly unsmiling social workers didn't seem like the place to go for pleasant surprises.

She held out a vanilla cupcake with chocolate frosting in her hands, with a lit candle stuck right in the middle. My favorite kind. She began to sing "Happy Birthday" as I felt color rushing to my face. She told me to take my time making a wish and then blow out the candle.

"I wanted to celebrate your birthday early since I know it's coming up. I wanted to give you a proper birthday," Sasha said. "I love you."

I didn't know what to say. I waited to see if Sasha was implying the kind of love you have for your friends or someone cool you met through work. Instead, I realized that she meant the love a mother has for her daughter.

I sat there processing everything when she asked if I was going to eat the cupcake, or sit there and let the candle wax melt all over it. I like this person a lot.

Although I didn't regain contact with my mother, many qualities of unconditional love were found in Sasha through afternoons and evenings of her non-judgmental listening, our times of dry humor, and hearing her say the words, "I love you." My younger self believed that unconditional love and motherhood were interchangeable, rejecting anything that didn't fit the clear picture of the connection I had envisioned in my head. Knowing Sasha allowed me to begin moving away from focusing on my flaws and feelings of inadequacy. Instead, growth and compassion for others became valuable to me.

However, Sasha didn't fix everything. My prior belief that experiencing unconditional love would lead to me to feel whole and complete was far from reality. There are still times that I feel cynical and discouraged. Even now, I struggle with ridding rejection and judgment I've internalized within myself. The craving for unconditional love hasn't gone away, and hearing my friend talk to her mother still stings. However, I now know the kind of relationships I want to have with others and the one I want to work towards having with myself.