Tell CeeLo Green Why Consent Is So Important 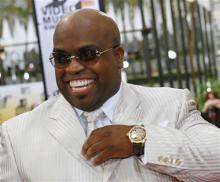 This past week, Grammy Award-winning musician CeeLo Green pleaded no contest to slipping Ecstasy in a dinner date’s drink in 2012, where he was sentenced to three years of formal probation and community service.

Following his felony court case, the singer sent out some disturbing tweets:

“People who have really been raped REMEMBER!!!”

“If someone is passed out they’re not even WITH you consciously! so WITH Implies consent.”

We think his actions are inexcusable. From CeeLo’s opinions about what constitutes rape to the case itself, none of it explains what consent is really about. Consent is communicating every step of the way and respecting a partner’s decision to say “no” without you believing it means “yes.” It doesn’t assume that a sexy outfit or accepting a drink is a “yes” to sexual activity, and it definitely doesn’t mean it’s okay to do anything while another person is under the influence of alcohol or drugs.

Sometimes people worry that talking about consent before or during will make it awkward and uncomfortable, but that’s not true. When both partners can talk freely about what they want, it’s a lot sexier! It shows that both partners are into one another, which is much healthier than one partner trying to convince the other to do something they don’t want. Even if “hooking up” just means kissing, it’s a lot more fun to kiss than to pressure, manipulate or use drugs to get what you want from a partner.

California law defines rape in many ways, one being in which “the person is unconscious of the nature of the act and the rapist knows it, either because he/she is unconscious or asleep or unaware that the act occurred or not cognizant of the essential characteristics of the act because of the rapist's fraud.”

Unfortunately, unconscious women cannot be witnesses to crimes committed against them. This makes these crimes hard to prosecute, and has become one reason that rapists often prey in situations where someone may become unconscious. In CeeLo’s case, prosecutors rejected a rape charge, claiming he had consensual sex with the same woman whose drink he slipped with Ecstasy.

Instead, let’s change the law so it more accurately reflects what consent is and closes loopholes like this one. New “yes-means-yes” legislation approved by California lawmakers would mean state colleges and universities have to adopt a standard of unambiguous consent, requiring both partners to give affirmative consent. This means unconsciousness, along with silence or a lack of resistance, is automatically ruled out as a defense.

What CeeLo Green said is unfortunate at best, further propagating the myth that if there is no physical resistance, it can’t be rape. Only a yes means yes, so always talk about consent before any kind of sexual activity.