Teaching Your Teen to Manage Expectations, Anger and Resentment 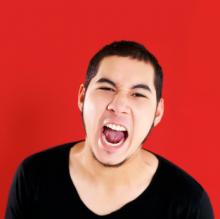 As teenagers transition from preadolescence into adulthood, studies show there is "a substantial increase in the experience of negative emotions". However, they may not have learned yet how to deal with these negative emotions in a constructive manner. One study suggests that teens who engage in an "imprudent lifestyle" early in life may be more prone to suppressing anger. In addition to confusing emotions, young people at this age are also navigating impulse control challenges and hormonal changes. So while anger is a totally normal feeling and form of self-expression, it could be suppressed or confusing, and could lead to aggressive behaviors that can translate to aggressive and potentially violent dating behaviors.

How can you help your teenager manage their anger? The first step is teaching them to be self aware. Do they feel certain sensations when they’re angry, such as heavy breathing, getting warm in the face, clenched teeth and a faster heartbeat? Those are all normal feelings associated with anger. You should also observe if/when your child is stressed at school or acting impulsively. Also note if family members or friends of theirs lose control or express resentment around your child when they don’t get what they want. These factors can impact how your loved one handles feelings of anger.

The second step, which is equally important, is initiating self control. Before acting, they need to put some time between the strong emotion being felt and taking action. They may feel a trigger -- for example, they’re angry because they’re being made fun of, which triggers feelings of shame or humiliation -- but that trigger is not an excuse for regrettable behavior.

Lead by example. It’s not easy to manage anger, but it starts by admitting you’re angry and stating why you’re angry. Help your child build empathy by showing that you acknowledge their feelings. Validating those feelings makes them less likely to go on the defensive, but if you don’t validate those feelings, the anger may continue to grow as they fight to establish their sense of self. Saying "I can see you’re angry" or "I would be angry too in this situation" lets them know that you are listening to them and acknowledging their real feelings.  Modeling this behavior will help them do so with others.

Telling your child to keep their feelings inside can lead to expressing anger in other ways. For instance, they may explode, feel it fester until they’re spiteful, or use shut-off communicative methods to express their anger, like punishing someone by using the silent treatment. Instead, encourage them to say out loud why they’re angry, then look for solutions to temper the anger. Retaliation later is not worth it compared to being heard and understood now.

When tempers flare up, people may say mean things or respond with more anger. Teach them how to step back from saying or doing harmful things. Figure out more appropriate responses to the situation. It’s always an option, for example, to leave the room and say out loud, "I need a moment" and avoid retaliating with harmful words or action, especially if they feel out of control or feel like hurting something or someone. Self-management techniques are another way to help keep anger in check. Teach them how to calm down by taking deep breaths, going for a quick walk, or drinking a glass of water.

There are other levels of anger, such as frustration, rage or bitterness. Talk to your child about the differences between these, and what appropriate responses for each could be. Let them know immediately when their behavior is unacceptable, such as extremely aggressive behavior or shutting down communication entirely.

Remember, being angry does not mean an issue has been solved -- it means a problem has been identified.