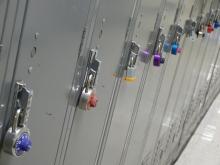 The campaign to end college sexual assault is going strong. Yet in middle and high schools across the country, parents and educators are ill informed, allowing sexual assault to go unaddressed. What is happening to our schools? Why is there such a lack of awareness in public schools about how to handle sexual assault cases?

Break the Cycle’s Director of Programs, Kelley Hampton, outlines the answer in a recent U.S. News & World Report article stating, "It’s really important that they have a policy in place, and that that policy is clear and also has been communicated to the entire school community. That is the most important best practice and that is what we see is most lacking."

Although the Clery Act requires federally funded colleges to report sexual assault statistics, high schools are not required to do the same. While there are mandatory reporting laws in place that require teachers and administrators to report sexual assault allegations told by a student to the police, there is no designated system for how to handle allegations in the first place. Parents and school administrators are often unaware that Title IX regulations also apply to primary and secondary education, and are frequently unsure of what should happen after they’ve reported an incident to the authorities. For instance, students may end up still attending classes with their perpetrator because no one has removed the attacker from their classrooms.

Moreover, secondary schools often exist in smaller communities, where school populations are much smaller compared to typical college or university campuses. Nearly half of teen dating violence victims experience some form of dating abuse on their school campus, according to a study published in Gender and Contextual Factors in Adolescent Dating Violence. Teachers and administrators may also serve as community or family members of students, which can create a challenge in ensuring confidentiality, and thus may discourage disclosing the abuse. These complications raise challenges of jurisdiction for a Title IX investigator at secondary schools. As a result of all these factors, it’s a complex issue that needs solutions quickly.

Our education system is run by individual states, making it decentralized. That makes it hard to develop policies regarding sexual abuse because laws vary from state to county to school district. Sexual assault education for students may be very thorough in one school district, may be extremely comprehensive in one classroom, but be completely nonexistent in another. Additionally, who is responsible for reporting abuse can vary as well, causing confusion for students when they need to report. Highlighting the need for further education, research shows that 80 percent of high school counselors feel unprepared to address incidents of abuse. If a student experiences abuse, they cannot rely on the adults in charge to assist them properly, as the adults do not how to do so.

In response to this educational need, the Teach Safe Relationships Act was introduced in February by Senators Claire McCaskill and Tim Kaine, requiring that all schools teaching sexual education also address sexual assault and dating violence. The bill would also provide grants to train teachers on sexual assault prevention, in addition to allowing schools to develop a curriculum specifically related to this subject. Notably, the Teach Safe Relationships Act is a step in the right direction, but it is only one piece of legislation.

All minors in the United States. have the right to public education. But if an abusive situation happens between students in middle or high school, the school has to make a decision regarding the rights to education of the students involved, whether that decision is expulsion or something else. Schools need to set policies in place on how to handle the capacity of the student perpetrating the abusive behaviors so they can avoid creating a hostile environment for other students. Schools also need to address issues of confidentiality and how to avoid compromising a survivor’s safety.

Schools nationwide need to develop comprehensive dating violence policies that cover the entirety sexual assault, from reporting practices and teacher training to prevention, education and intervention. The Center for Disease Control reports 30 percent of female sexual assault victims were first attacked between 11 and 17, and the Justice Department states nearly 20 percent of girls between the ages of 14 and 17 have been victims of sexual assault or attempted sexual assault. Sexual assault and dating abuse can disrupt a student’s ability to focus, and schools are responsible for maintaining a safe and healthy environment that fosters growth and learning. Without plans in place, schools -- and the students who have experienced sexual assault -- will continue to suffer.

In the meantime, if you are a parent or student who is or knows someone experiencing or has experienced sexual assault, speak with one of our peer advocates or call RAINN at 1-800-656-4673 to speak with one of their trained volunteers. Because no one deserves abuse.