The Art of Fighting Fair 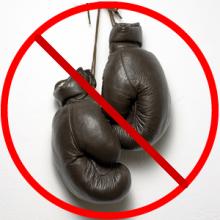 Part of being in a healthy relationship is communicating effectively, including when someone feels angry or disappointed. Disagreements and fights are bound to happen in any relationship, which is why it’s crucial to know how to fight fairly with a dating partner.

What is unfair fighting? It’s when one or both partners use negativity during a disagreement to get their point across, thereby not actually helping the conflict. Unfair fighting does not help the matter at hand, or help partners understand one and others complaints/concerns/grievances.

Here are some points to share about fair fighting:

Feelings are legitimate: If either partner feels strongly about something, they are entitled to a voice in the argument and to have those feelings heard. Trying to hear them out and understand their perspective on the matter will help both sides avoid becoming too focused on their own needs. Getting defensive and interrupting will not help, but listening will.

Admit to being wrong: People often have trouble admitting they were wrong. Justifying an apology won’t be as effective as apologizing outright. Partners should avoid statements like "I didn’t mean to" or "what I did was nothing compared to you".

Maintain control: Hitting below the belt often comes out of frustration from not being understood. Just because someone is angry does not mean they can act childish or immature. This includes name-calling, insulting, or saying things with the sole intent of hurting a partner.

Avoid emotional bullying: A dating partner should not be punished for bringing up a complaint in the first place. Instead of being angry they have a problem, hear their side. Allow each other to speak about the issue.

Deal with it: Both partners should talk about what is bothering them instead of shutting down or giving one the silent treatment. Shutting down provides  no communication about why a partner has withdrawn and when both sides can talk about the issue again. It’s also unfair to withdraw from the argument and then open it up again without addressing the earlier conflict.

Look for resolution: If a partner chooses to get even or spite their partner, that’s not fighting fair. Relationships are not a competition -- they are a partnership. Focus on working together to come up with a compromise that works for both.

Stay relevant: Bringing up old grudges will be upsetting. Stick to the argument at hand so that a fight doesn't deteriorate into a free-for-all of other baggage. By attacking a partner personally, it becomes a way to degrade or belittle the other, which are unhealthy behaviors.

End it peacefully: If one partner is apologizing for something said or done, recognition of that apology is important. Moreover, arguments should have a time limit instead of stretching on indefinitely.

Be aware of explosive tempers: If a dating partner has a temper, the kind of temper that scares someone, it could be a warning sign of dating violence.

If you know someone who is experience unhealthy communication in their relationship, have them contact one of our peer advocates by texting "loveis" to 22522. We’re here to help. Remember, everyone deserves a healthy relationship where you can communicate freely with each other.